We want to invite all our customers, IP professionals and friends around the globe to join us for a live piano and violin recital by Laura & Fredrika Mikkola on Thursday 17 December at 3 pm Finnish time. The recital will be live streamed from Musiikkitalo (Helsinki Music Centre) and is free of charge.

We will be inspired by Laura Mikkola, who is one of the most shining pianists of today, and enjoy an empowering experience during this strange and difficult time we live in. Laura will be accompanied by her 13-year-old daughter, Fredrika Mikkola, who has played the violin since she was three.

Laura and Fredrika will bring us a musical breeze from our home country by performing works also from Finnish Jean Sibelius, the most famous of the Finnish composers.

Laura Mikkola who lives in Paris began her studies at the Sibelius Academy in Helsinki, Finland. Later on she studied at the Curtis Institute in Philadelphia and at the University of Music in Bloomington, Indiana. Laura studied with recognized teachers such as Tapani Valsta (Sibelius-Akatemia), Menahem Pressler (Indiana), Gary Graffman (Curtis), and Ferenc Rados.

Laura has 64 piano concertos in her repertoire including B. Bartok: Concerto No. 2; S. Rachmaninoff: Concerto No. 3; S. Prokofiev: Concerto No.2. She has played the first performances of several works from composers including E-J Rautavaara, D. Matthews, K. Saariaho, E-S Tüür, E-P Salonen, and J.Tötterström.

In total she has recorded 15 albums. Mikkola’s CD of Rautavaara’s first concerto was the Editor’s Choice of Gramophone.

Since 2003 she has been the artistic director of the Iitti Music Festival in Finland.

Fredrika Mikkola was born on 15 October 2007 in Helsinki. She started to play the violin at the age of 3 with Siljamari Heikinheimo in Helsinki and with Sofia Goloboff-Rigoni in Paris. Since 2014, she has been studying with professor Tuomas Haapanen whenever she is staying in Finland. In 2015 she was admitted to the Conservatoire Francis Poulenc in Paris to study with Constantin Bogdanas, and in 2017 to the Conservatoire à Rayonnement Regionale de Paris to study with Florin Szigeti. As of autumn 2020, she has been studying with José Alvarez.

Fredrika performed as soloist with St. Michel Strings and Maestro Okko Kamu at the age of 9. In 2018 she played in an ensemble conducted by composer Gabriel Yared at the Iitti  Music Festival.

She has performed in Finland in Helsinki, Kemijärvi, Rovaniemi, Kuusamo, Iitti Music Festival and Kuhmo Chamber Music Festival; in France in Paris and Saumur; in Italy in Mantua and Cividale del Friuli; and in the USA in Seattle, Benaroya Hall.

Fredrika won the first prize in the Vatelot-Rampal violin competition in Paris in 2020.

Link to the live streamed concert will be provided on Wednesday 16 December 2020 by email. 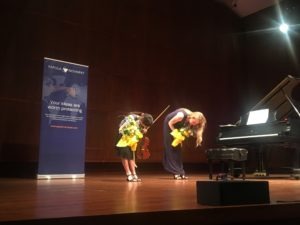 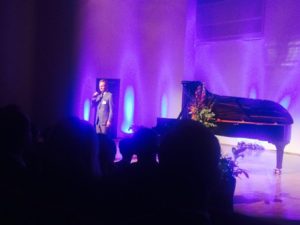 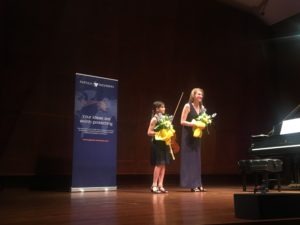 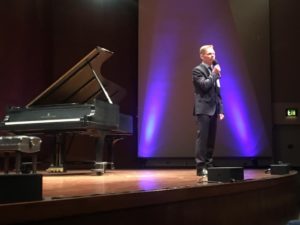 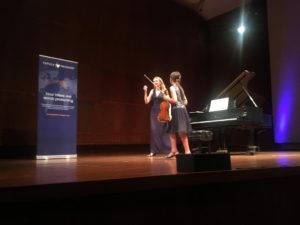